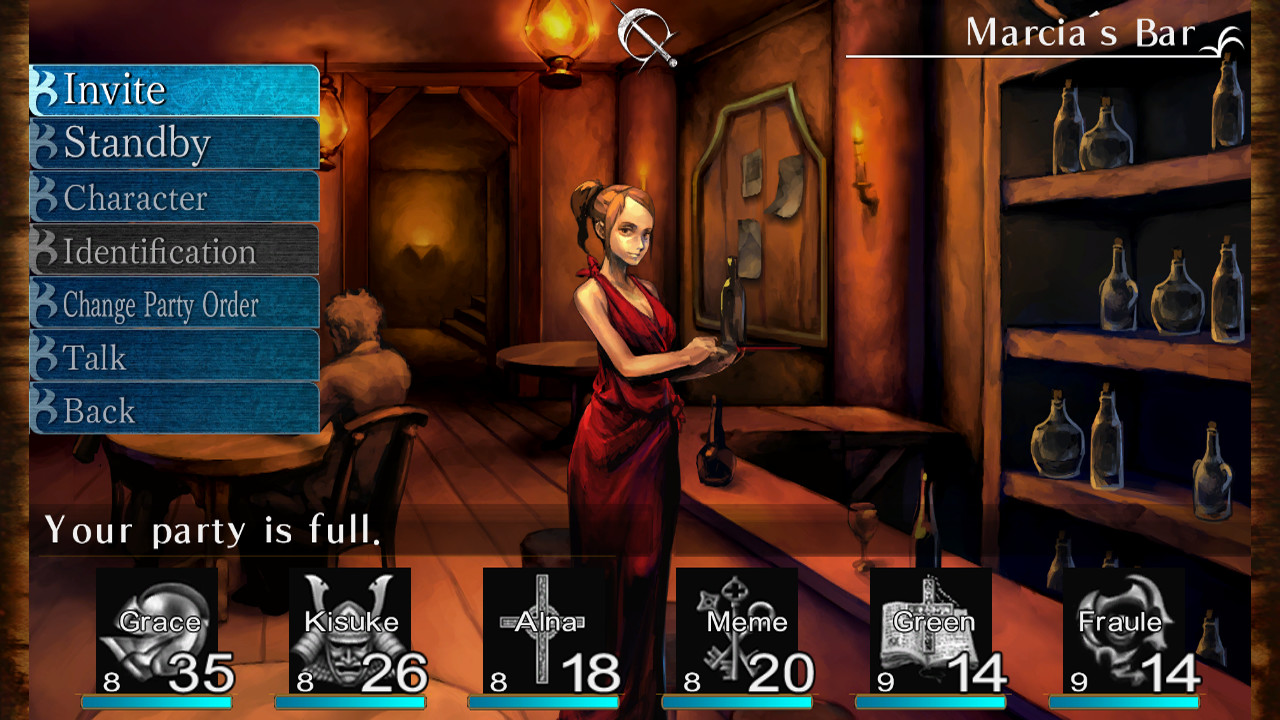 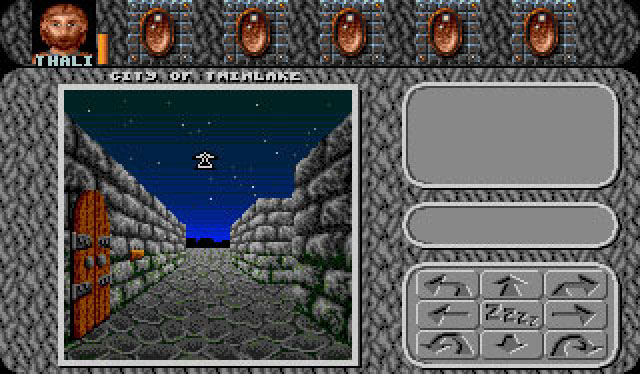 Amberstar is a role-playing game which uses a top-down view for overworld travel and most indoor locations, and switches to a first-person pseudo-3D perspective when exploring cities and dungeons.

Initially the player creates a single protagonist with randomly assigned attributes and no class designation. During the course of the game, additional characters (up to six active party members) can be found in different cities and other locations and recruited. Some of these characters already belong to established classes and come with their own abilities. Guilds of various classes (fighter, paladin, ranger, mage, monk, and thief) can be visited, where the protagonist and his class-less companions (if any) can be promoted. Choice of classes affects attributes, character growth, imposes equipment restrictions, etc. When leveling up, characters can train in specific locations, increasing attributes of the player's choice. Enemy encounters may occur at specific points in the overworld, or by approaching a visible enemy in a dungeon. The view then switches to overhead, with the combatants displayed on a small grid next to a window graphically presenting the enemies. The fighting is turn-based and offers various defensive and offensive options, including tactical movement on the grid and 90 different spells.