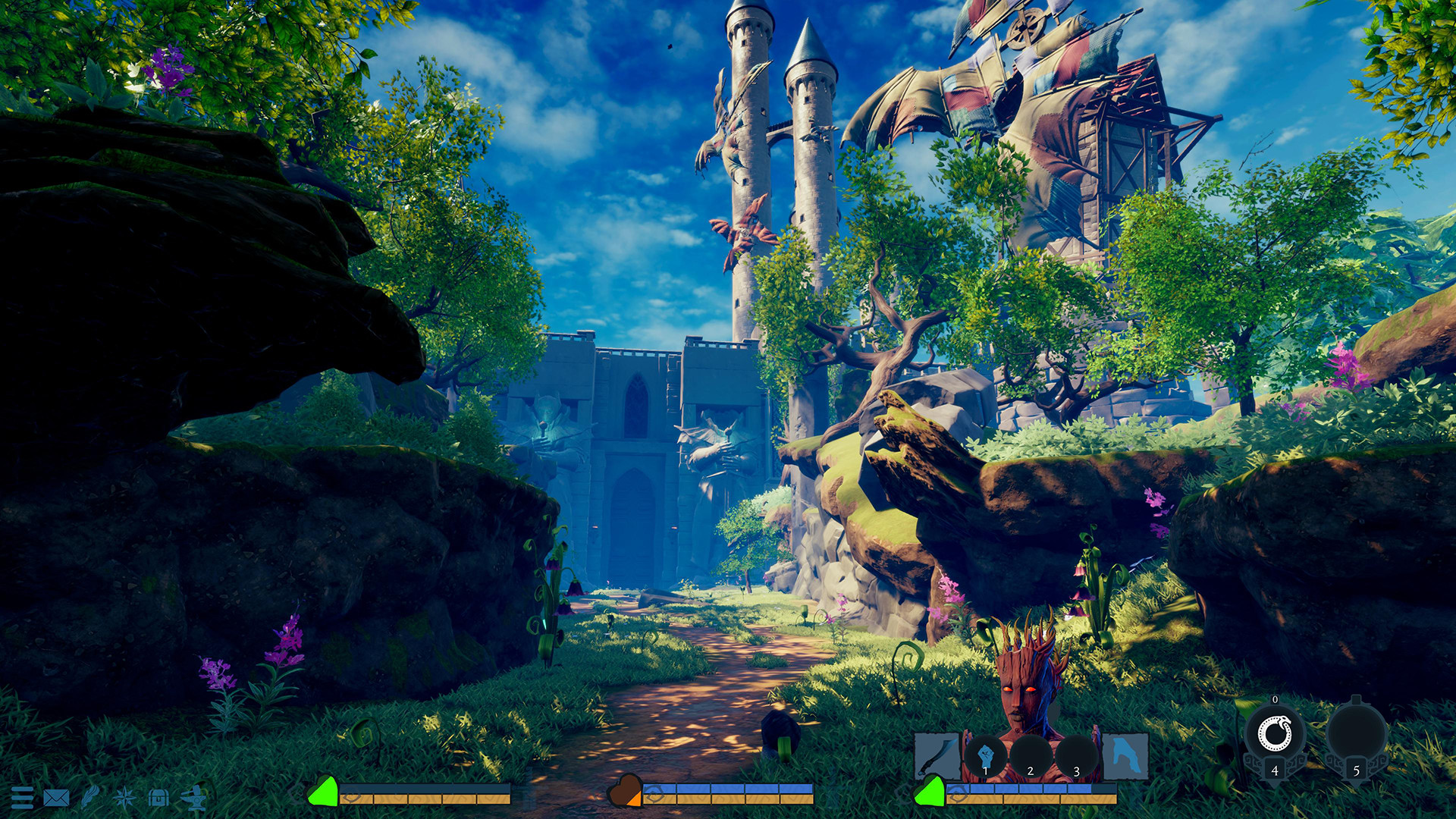 Arakion is a new take on the first-person crawler genre. Similar to Grimrock, with a healthy dose of Might and Magic, and a pinch of Fable, players progress through this fairytale-like world solving puzzles, slaying monsters, and rebuilding!

Arakion is a group based dungeon crawler role-playing game that pays homage the classics while adding its own style with fresh mechanics. Lead a band of three heroes through a broken land, ripped apart by unknown forces. Explore a beautiful handcrafted world filled with crumbling dungeons, dense forests, ancient temples, and hidden secrets, all while attempting to build a safe-haven from the chaos.

Play as three adventurers awoken in a world torn by conflict, where the lands and rivers have been ripped from the ground. In midst of this upheaval there is but one desire - finding a place free from the conflict and chaos. In the search for order your heroes must find a way to stop the destruction from happening.

Between your intrepid adventurers and their goal exists a council of immortal beings. They are known as The Ancients. The Ancients wandered Arakion since before written history. Their plan is simple - utter annihilation for all who oppose them.

Arakion takes everything that made classic role-playing games like Might & Magic great, then adds an expansive set of new features. Lead your heroes through the breathtaking, desolated world of Arakion. Explore every alcove for the resources you need to customize your adventurers, build your town, and more. Relive the glory days of role-playing games with this one-of-a-kind experience. Arakion is a beautiful world where you will get lost in adventure and exploration.