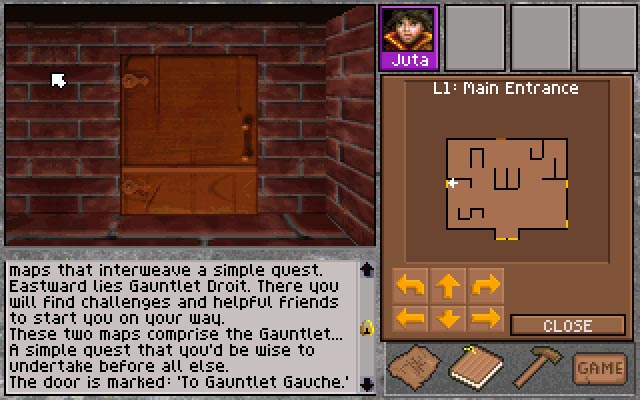 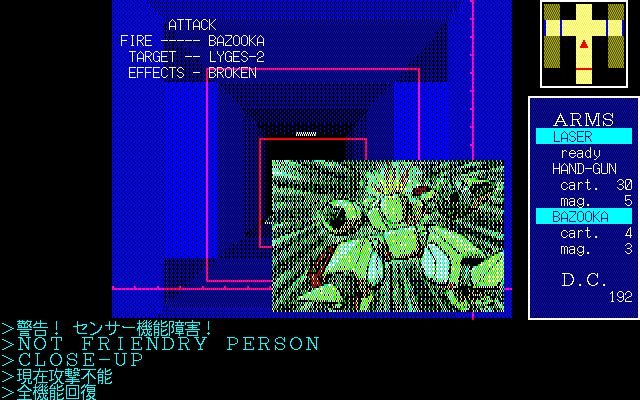 A first-person adventure game with RPG elements, featuring environments rendered in 3D polygon graphics, for possibly the first time in a home video game, along with early survival horror elements. However, the game is better remembered for its cyberpunk narrative, which was adapted into a sci-fi novel shortly afterwards.

A crisis has occurred at the underground bionics research facility of the FORHOMBUS HEAVY INDUSTRY (FHI) H.Q. A group of combat androids virtually indistinguishable from adult humans but with superior abilities known as BIO DOLLShave infiltrated the facility and staged a BLOODY MUNITY against the bionic engineers that created them.

The latest report indicates that the BIO DOLLS have killed most of the research staff and are now in complete control of the facility and its security systems.

To make matters worse the hostiles have also gained access to the various AFW (Armored Fighting Walker) prototype units that were currently being developed at the site. Thus they have become a threat beyond of what the local authorities can handle.

In response to this critical threat the army has dispatched an elite AFW Special Forces Team to eliminate the BIO DOLLS and secure the facility.

CARMINE is basically an adventure game that tries to look like a first-person view mech simulator. The player has to navigate around a 3D maze looking for events to advance the story, all whilst getting constantly harrassed by random enemy encounters that are way too frequent and way too dangerous for their own good.