Grimoire: Heralds of the Winged Exemplar 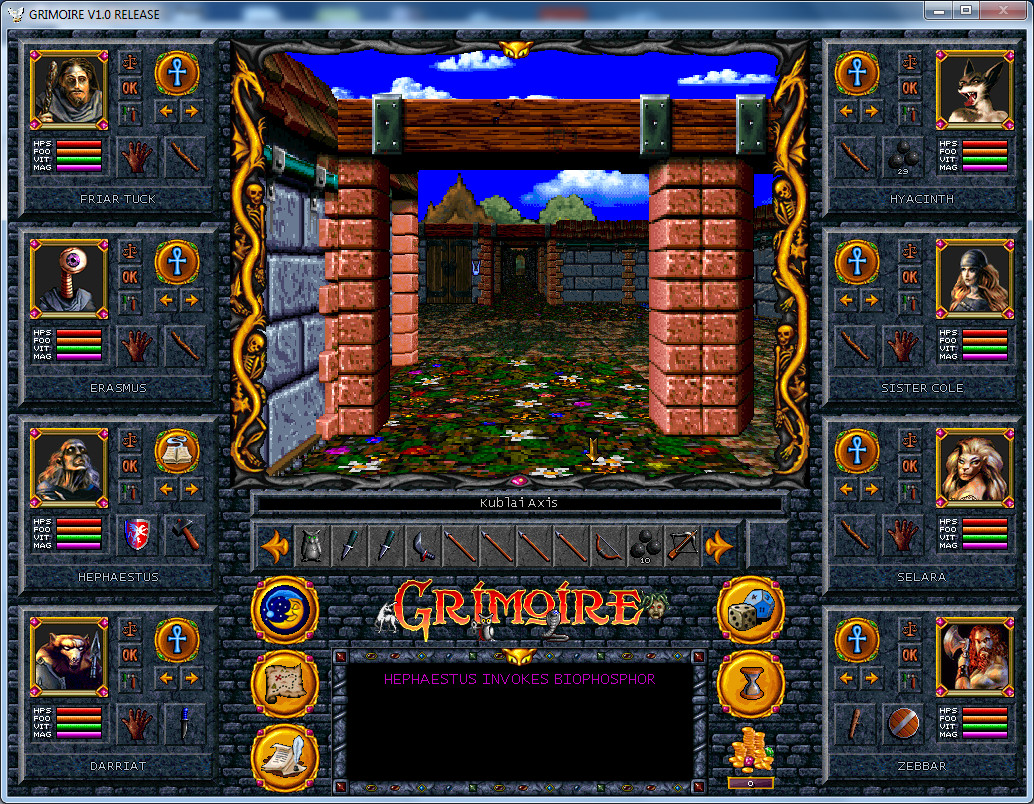 City Beneath the Surface 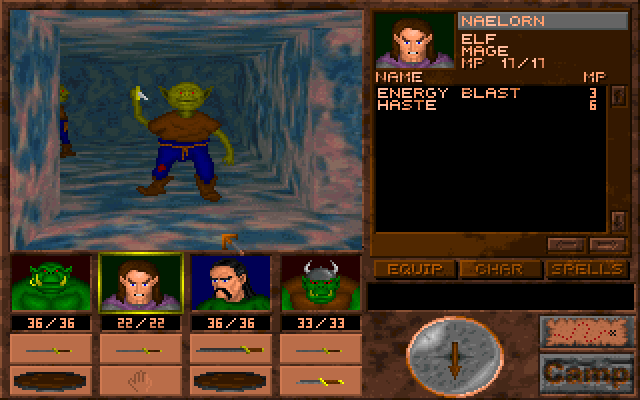 The game itself consists of 30 dungeon levels filled with various monsters, traps and occasional puzzles. The player's party is limited to four characters, with five races and four classes available. Additionally the game ships with six pre-generated parties (stored in save game slots) for the player to try. Interaction with the world is accomplished mostly with the mouse, with the exception of numeric keypad used for movement. Characters level up upon gaining enough experience points in battles.