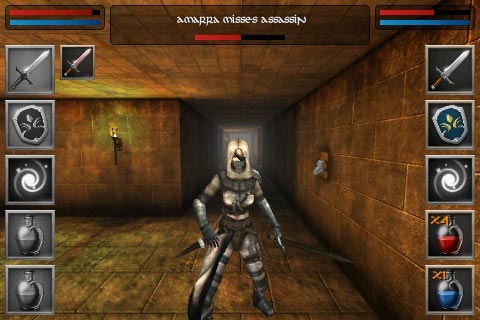 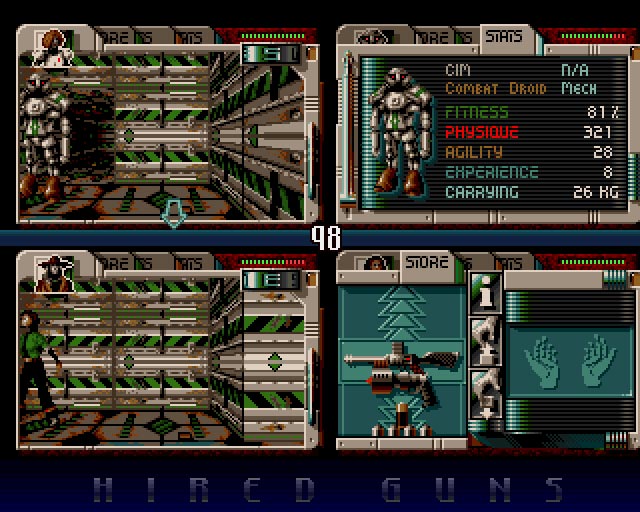 Hired Guns is an action RPG using square-based movements, similar to Dungeon Master, in which up to four players can take part and set in a futuristic setting. The screen is split into 4 parts (or 3 in case 3 players play together), each one representing the viewpoint of the characters, these being selected from a team of 12 available mercenaries. Unlike Dungeon Master, in which the entire party occupies the same square. Each character can be made to follow another character, simplifying large group movements when only one player is controlling the party. Hired Guns takes the player to the far reaches of the Luyten planetary system. Battling through over 20 theaters of engagement, collecting weapons, scanners and food, your team of mercenaries test the limits of their military prowess in this high-tech battle adventure game.