Rooms of the Abyss 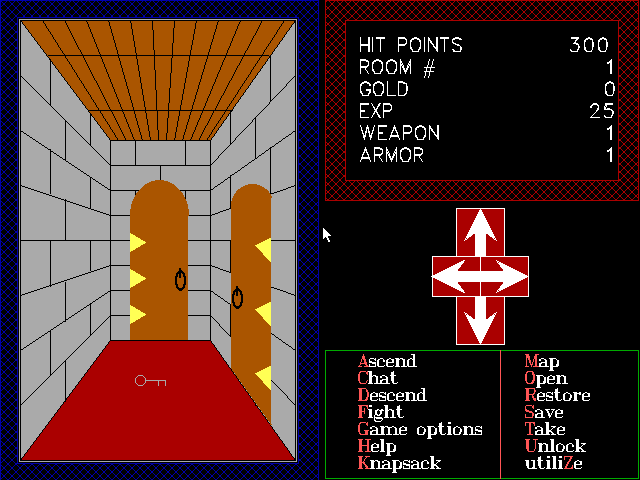 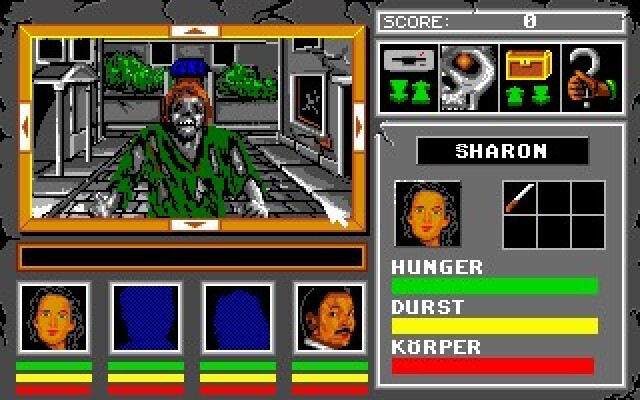 In the desert town Vertic, werewolves, vampires, mummies and zombies appear suddenly, feasting on the population until only a ghost town of undead is left. Two ordinary citizens team up with two professional monster hunters to cleanse the town of evil. Sharon, Charlie, Susan Leicester and Abraham Van Halen must fight their way through monsters and eventually defeat the overlord of each species, ending the invasion.

Lords of Doom is a hybrid game that incorporates elements of adventure and role-playing. The player controls the party of characters from a first-person view, navigating a pseudo-3D town. The adventure gameplay manifests itself in exploration of individual locations, interaction with objects, and the use of items to solve puzzles. Role-playing elements are present in party management and character statistics. Each character has, beside hitpoints, thirst and hunger meters, so that the player has to "feed" the characters regularly in order for them to stay alive. Combat is done in real time.