Aeon of Sands - The Trail 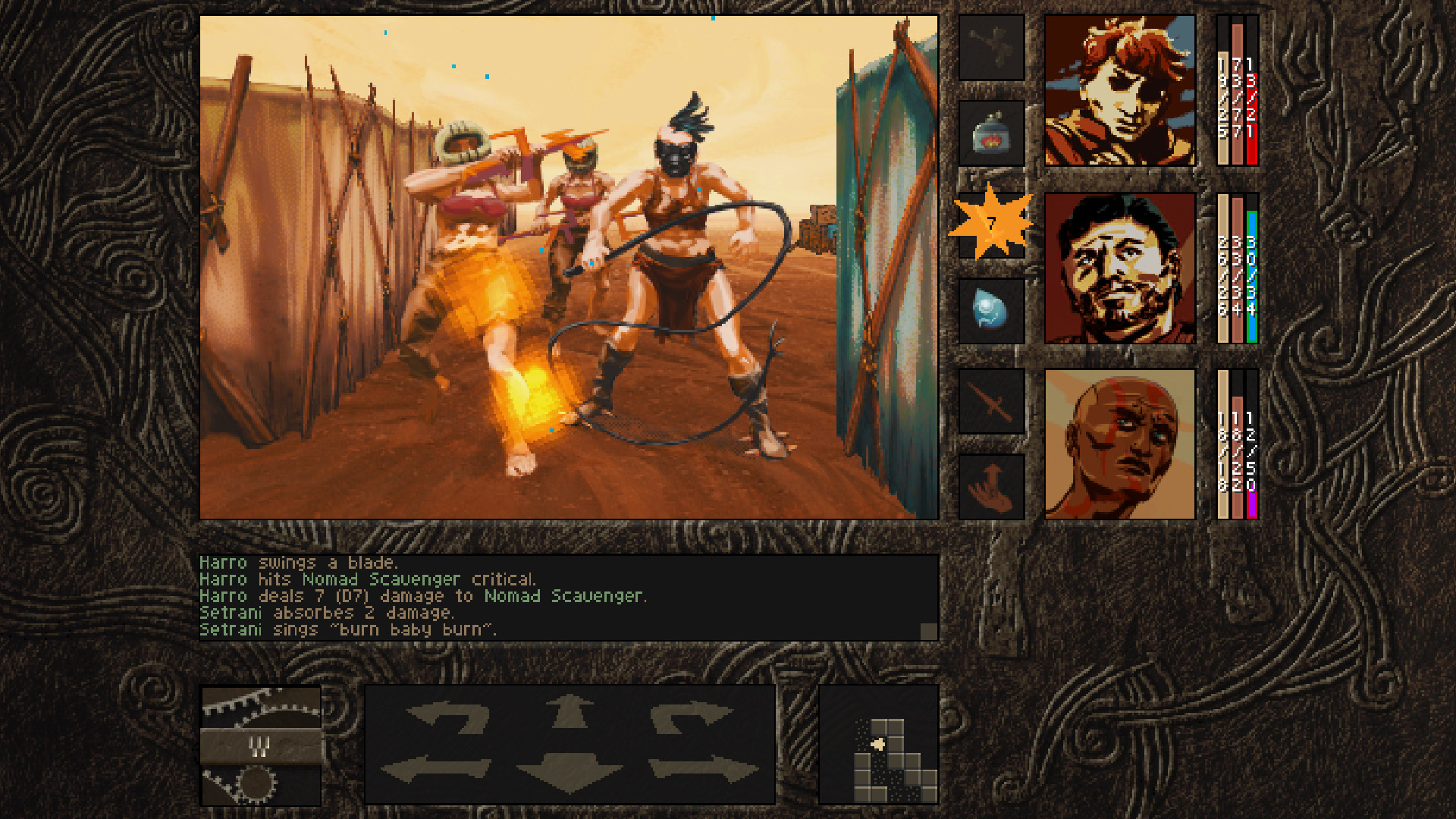 A group of high-school students decide to play a ritual-like game called "Persona". Unexpectedly, they are knocked unconscious and have a vision of a mysterious being called Philemon, who bestows upon them the ability to call powerful creatures known as Personas. Afterwards, the students go to visit their sick friend, Mary. Once they exit the girl's room in the hospital, they see their home town has changed. They can't leave it, and it is infested by demons. At first, it seems that the giant Sebec corporation and its manager are the ones responsible for the terrible accident. But this corporation is not the only enemy the young heroes have to confront - they must look deep into their hearts, and perhaps find the truth there...

Persona is the beginning of a sub-series within the Megami Tensei universe, and one of the first Megaten titles to be released in the West. While overworld locations and battle screens in the game are isometric, the maze-like 3D dungeons are explored from a first-person perspective. Player-controlled characters fight randomly encountered demons in round-based combat, using melee weapons, firearms, or spells. As opposed to most other Megaten games, player-controlled party (up to five active combatants) consists entirely of human characters. Verbal communication with demons, however, still plays an important role in the game.

Each character possesses a unique set of four communication styles, e.g. insult, flattery, etc. The player may have a character converse with the demon and apply one of the four communication styles. Depending on the player's choices, as well as the current Moon Phase, the demon may end up responding in one of the four emotional ways: anger, fear, joy, and interest. The last two types responses are beneficial to the player: the demon may give the party a useful item or a spell card.

If the player combines various types of spell cards, more powerful creatures (Personas) can be fused in a special location called Velvet Room. Personas act like equipment sets and can be attached to player characters, modifying their parameters, strengths and weaknesses, and teaching them new spells.