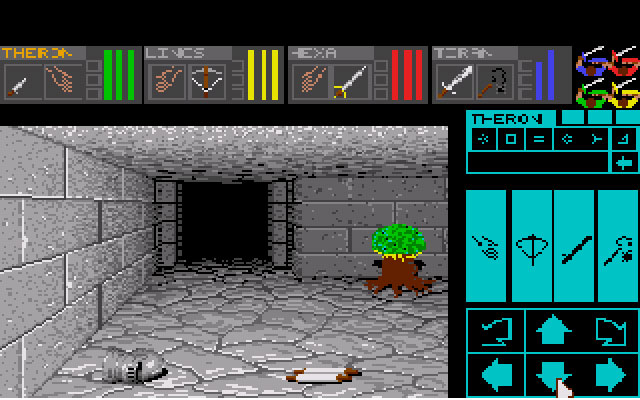 Eye of the Beholder III: Assault on Myth Drannor 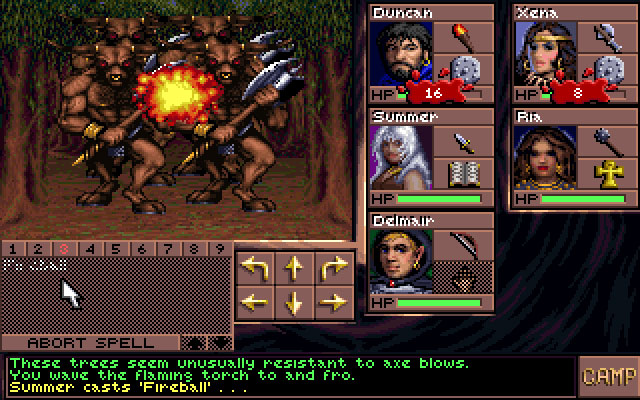 This is the third and the final part of Eye of the Beholder trilogy. The game is more or less the same as the predecessors, the battles play out in the same way as in previous entries. Characters can fight mano-a-mano, or they can throw things, weapons, arrows, etc. Open spaces have been added to the game as well as the ability for the entire party to attack at once. New high level monsters, spells, and equipment can be found as well. This final episode of the EOB trilogy is not made by Westwood like the first two titles, but by SSI Inhouse, and it shows. After Westwood decided to concentrate on their own line of games (namely the excellent Lands of Lore, which was released at about the same time), it seems like SSI tried to cash in one last time on the popular EOB franchise without putting much effort into it. The gameplay is rather unexciting; you drag yourself through dull dungeons and outdoor areas, slaughtering endless legions of undead and other creatures along your way, with an occasional simplistic puzzle thrown in for good measure. "Nothing wrong with that," you say, "that's exactly what the previous two games were about." Well, not exactly; the basic formula is the same, sure, but while its predecessors were challenging and had some well-thought-out puzzles, EOB3 is just plain boring and uninspired.