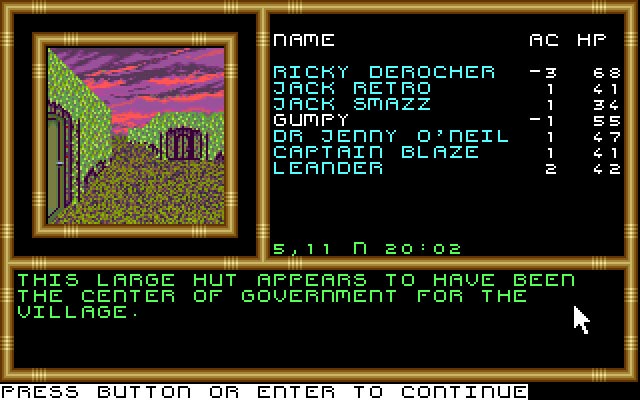 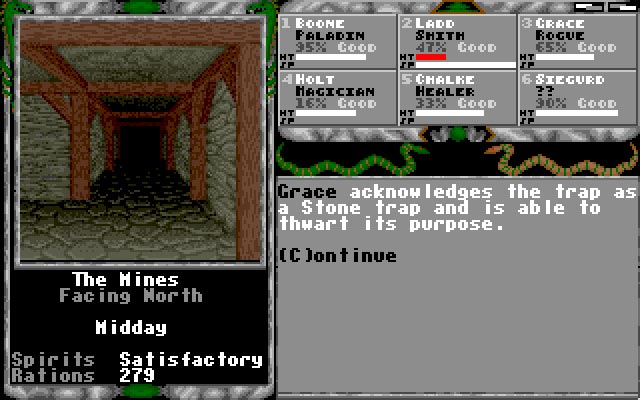 Legend of Faerghail is a role-playing game with an interface similar to that of The Bard's Tale series. The player explores towns, wilderness, and complex dungeons of the game from first-person perspective, fighting enemies in turn-based combat. The combat system requires the player to pay attention to the position of the characters in battle. For example, a mage will lose concentration and fail at spellcasting if he stands too close to the enemy. Legend of Faerghail is set in a medieval fantasy world. The player first creates a character by selecting race and class. Characters have attributes (such as wisdom, strength and constitution), skills (such as pick-pocketing and various languages) and hit points. The game is viewed from first-person perspective. The game world includes an overworld split by a mountain range, and eight dungeons. It also offered the player the opportunity to continue their characters from previous games such as Phantasie I, III, The Bard's Tale and The Bard's Tale II: The Destiny Knight, although Faerghail does not take place in the same fictional world as these games.