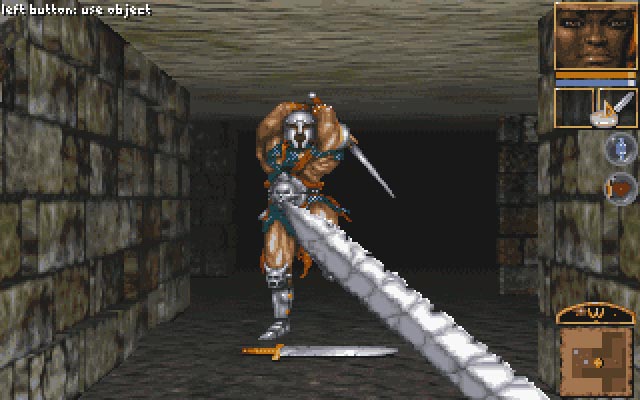 The Legacy: Realm of Terror 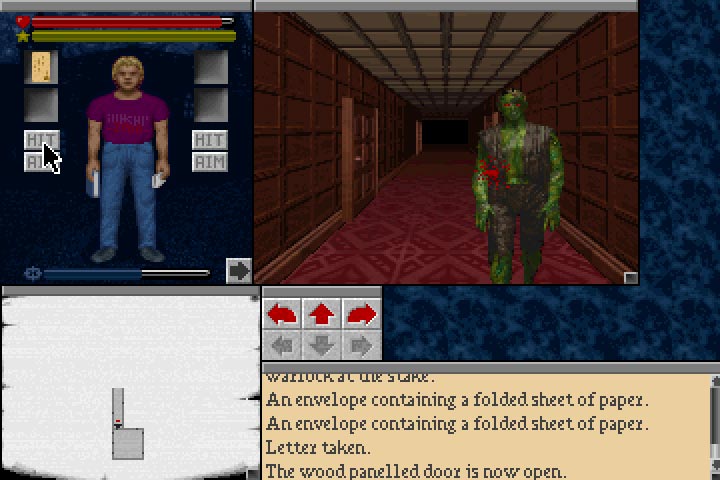 The Legacy: Realm of Terror is a role-playing game with adventure elements. The player navigates the protagonist through the 3D locations of the mansion from first-person perspective. The environment must be explored, and items procured in order to solve puzzles and advance in the game. Beside these adventure game features, the game plays like a RPG, with character customization, equipment, and combat. The player can select one of the eight pre-made characters (four male, four female) to control in the game. Characters' attributes and skills are divided into three categories, which correspond to pure physical traits, supportive techniques (such as healing), and dexterity in usage of firearms and smaller melee weapons. The player relies on magic spells in combat; those can be acquired and upgraded from spell pages found in the game world. There are offensive, supportive, and restorative spells in the game. Resting, consuming food, and even meditating affects the player character's condition as well. Combat takes place in the same environment as exploration, utilizing a real-time system, which requires the player to quickly select commands ("Aim" and "Hit" for weapon attacks, and the corresponding spell icons for magic).