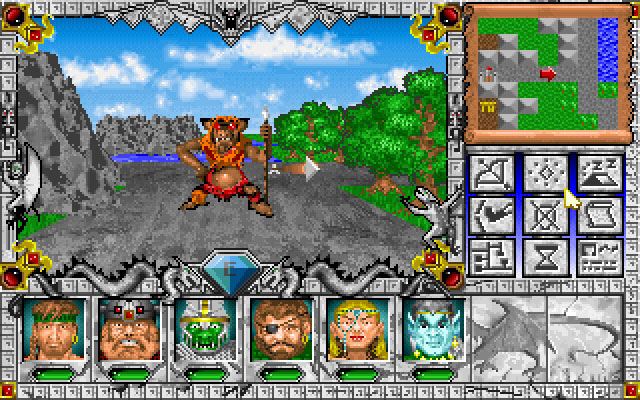 Wizardry: Tale of the Forsaken Land 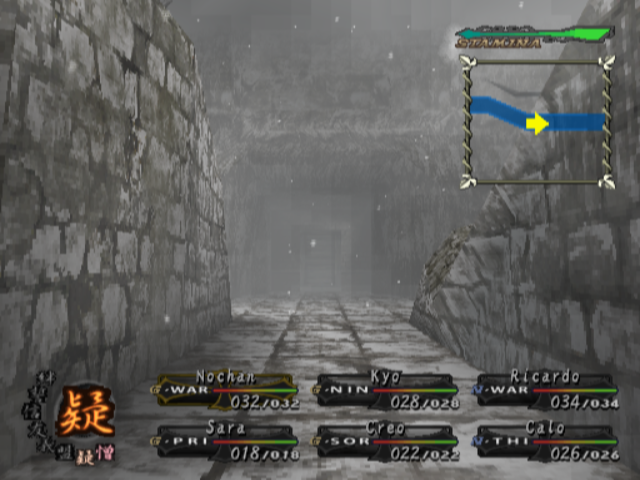 What was once a peaceful kingdom of Duhan has been radically changed due to a flash that tore through the night. Thousands were killed and the kingdom is ruined, and only a handful remain after this flash devastated the land. The main city in a state of perpetual cold, separated from the outside world. The Queen of Duhan has disappeared into the depths of a giant labyrinth beneath the castle. It is up to the game's protagonist and his chosen companions to explore the Duhan labyrinth and find the answers and the means to revert this unfortunate state.

Despite its Japanese origins, Wizardry: Tale of the Forsaken Land is very similar to early Wizardry games. The game's environments consist of the town, where the player can recruit characters into the party, rest and buy supplies, and the vast maze-like 3D dungeon. The bulk of the gameplay is dedicated to exploring said dungeon, trying to find the right way through the maze, collecting treasure, triggering scenes, and fighting enemies in turn-based combat.

There are eight character classes in the game: Warrior, Priest, Thief, Sorcerer, Bishop, Samurai, Knight, and Ninja. A party is formed by selecting characters belonging to these classes, some of which have their own background stories. Some of the classes will only join a character who has had a certain amount of experience exploring the dungeon.

Thieves can unlock chests and disarm traps, which is done by participating in a mini-game that involves repeating a pattern of buttons within a time limit. Magic requires memorizing a fixed amount of spell units per level. By collecting components and taking them to the shop the player can craft a stone used to upgrade spells.